There are many different habits and manners specific to the Turkish people. Tourists who are visiting Turkey for the first time are usually surprised and sometimes confused by all these behaviors. This guide covers some of the most common manners of the Turks and what they mean.

TAKING THE SHOES OFF 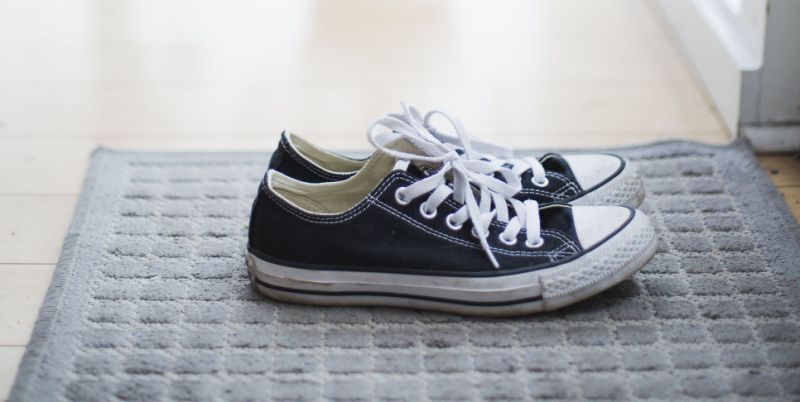 The Turkish people regard their houses to be clean and outside to be dirty. So, they take off their shoes and usually put on slippers inside the house. It is considered rude to enter a house with shoes on. This habit is also partly related to Islam as the places of prayer must be clean which is why you need to take your shoes off while entering a mosque. However, there is even a proper way of taking your shoes off. Do not put your feet on the mat outside the door after taking your shoe off as it will get dirty as well. Instead, after taking one shoe off, put that foot inside the house and take the other shoe off afterward. 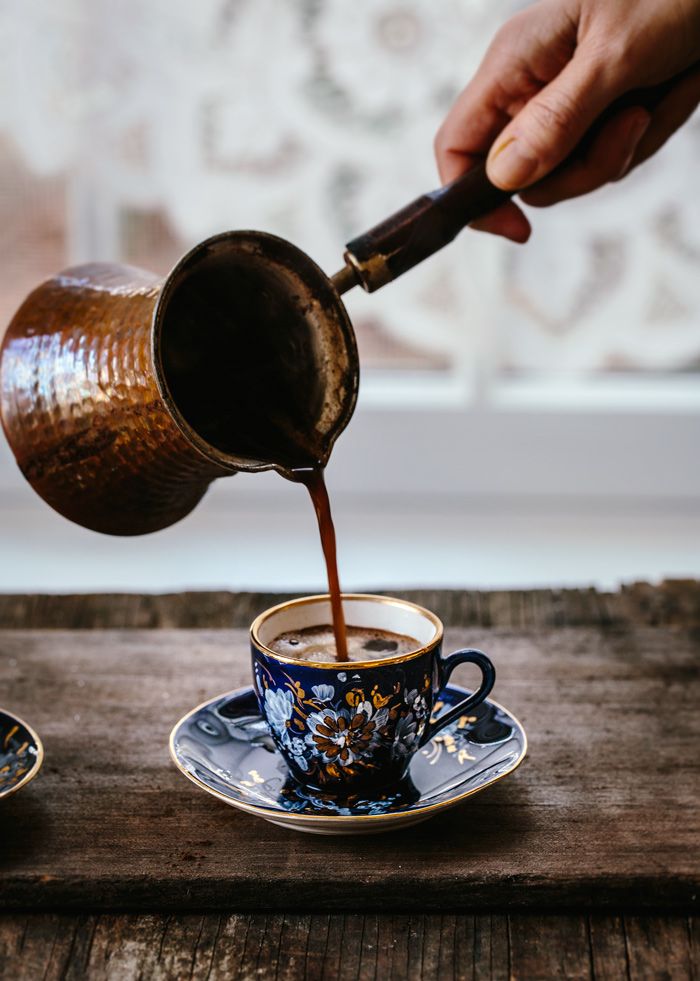 Turkish coffee is a loved drink by the locals. Most Turks drink one cup of Turkish coffee per day. There is a proper way of preparing the Turkish coffee as the Turks pay attention to how the coffee looks which indicates the mastery level of the person who made it. If the coffee is frothy, then it is a good sign and the coffee maker is praised for it.

Turkish coffee is also served with a glass of water. Back in the Ottoman era, it was a way of understanding if the guest was hungry or not. If the guest drinks the water first, it was understood that they were hungry and food would be prepared immediately. If the guest drinks the coffee first, then it means the guest has only come to chat and is not hungry. Yet, the Turks do not act according to this understanding anymore, it is only practiced because it has become a tradition.

Turks love their tea! During the breakfast, during the daytime and after dinner, they do drink black tea. If you think that they drink a cup of tea as the English do, you are wrong. Turks use tulip-shaped small glasses to drink their tea and they tend to drink one after the other. Do not be surprised if you see them drink ten glasses of tea in one sitting. According to one study that was done 96% of the Turkish people drink tea every day and it is the most drunk beverage after water in Turkey.

Evil eye beads are very common in Turkey. In the past, the evil eye beads were used to cast off the evil eye, jealous and envious glares of the people, to avoid any bad luck. Now, the Turks do not really believe in the protective power of the evil eye bead but it is used frequently as a traditional object. You can see them as necklaces, bracelets, keychains, etc. You can come across them in houses on the walls, in cars and even on newborn babies.

KISSING THE HAND OF AN ELDERLY 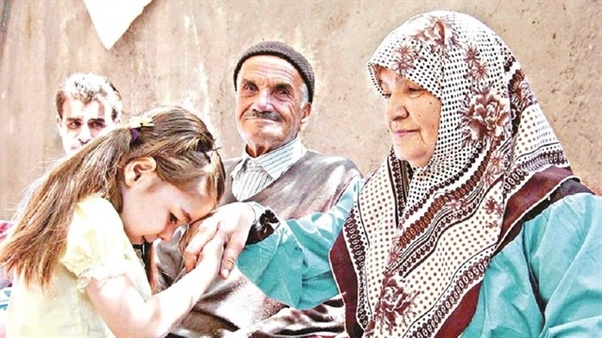 Turks have great respect for the elderly. If they are visiting an elderly, whether it is their grandparents, parents or parents-in-law, they kiss the elderly person’s hand’s back and put the back of the hand on their forehead. Turks can also do this kind gesture for an elderly whom they do not know. For them, they all should be respected. This is a very common practice in Turkey and it is regarded as important. In fact, this practice is also done for not only elderly people but also anyone who is much older than you. Even though it is a traditional gesture, some Turks do not prefer to give their hands to be kissed. So do not be surprised if someone refuses such an act of respect.

When a guest comes to their house, the Turkish people immediately offer some sort of sweet whether it is chocolate or candy and then they offer lemon cologne. Typically, the guest eats the sweet and then the lemon cologne is put on their hands which they rub together to be refreshed. Some Turks also offer rose water instead of lemon cologne.

You will often hear Turks say “Mashallah” and “Inshallah” on certain occasions. These terms are Arabic phrases and they have Islamic importance. Mashallah is used when something is admired or appreciated or when someone or something is beautiful to avoid any negative or jealous energy from affecting the person. It is basically wishing Allah’s protection on someone or something.

Inshallah is, on the other hand, a similar term to “hopefully” in its use. It literally means “if Allah wills it” and it is used when talking about future plans and expectations. The idea behind this term is that we may want something to happen but it will happen only if God wills it. Therefore, it is used to express that one is hoping something will happen but they are not certain of it happening. These two terms are commonly used in Turkey, regardless of religious beliefs as they became an expression.

Bayrams are always interesting and fun in Turkey even though they are not as colorful as they were before. There are two religious holidays or festivals celebrated in Turkey. One is right after fasting for a month, which is also known as Ramadan, to appreciate the food we have. The other is a special time to sacrifice a dedicated animal for Allah. The beauty of this particular bayram is that a good portion of the meat is given to those in need.

Before any bayram, sweets are bought to offer to the guests and especially children. New clothes are bought for the members of the family, however, especially children are dressed in new clothes from head to toe. During bayram, relatives who are older are visited to pay respects and celebrate the bayram. Delicious dishes are made for the guests who come to visit as well as desserts such as baklava are served. Children often receive money from older relatives. In the old days, and even now in some neighborhoods, kids would go on a tour of nearby apartment buildings, knocking on every door to collect candy and if lucky, some money. 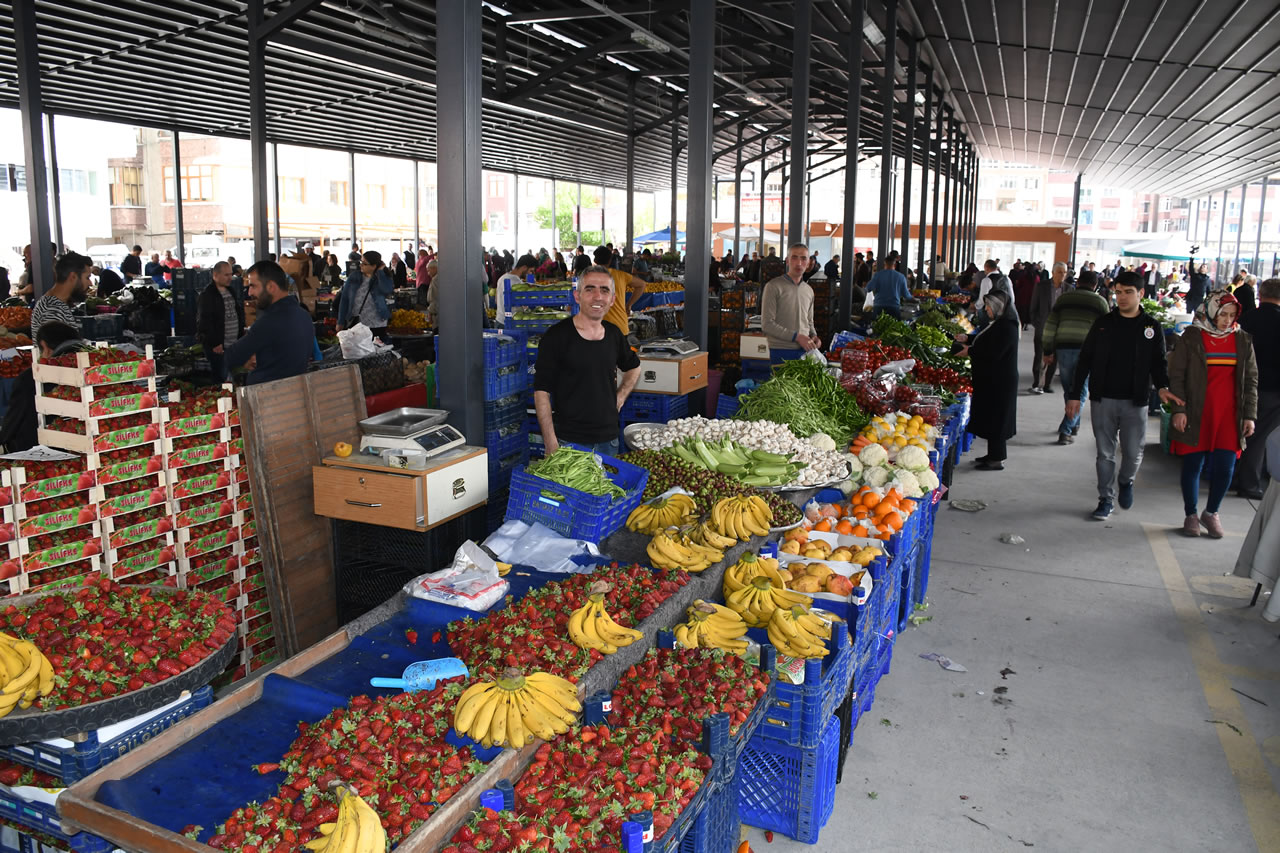 Bazaars are quite common in Turkey. Many Turks buy their vegetables and fruit from these bazaars. Every neighborhood has a dedicated day for the bazaar to be opened. People usually bring their own shopping trolley which is a big cloth bag with wheels. As they tour the entire bazaar, they buy the products according to their needs. The bazaars have all sorts of products such as clothes, dry goods, plants, toys along with vegetable and fruit. Since the products in the bazaars are much more affordable, people often prefer to shop from these places rather than supermarkets or stores.

Turks love barbecue. Especially when the summer comes, you can see them going on a picnic to a nearby green area and have a barbecue right there. These picnics last for hours as they bring all kinds of food, tea, hammock and balls to play with.

First and foremost, if you are sitting or about to sit, check your surroundings. If there is a pregnant woman, elderly or a veteran you are expected to give your seat to them. If you do not, sometimes people may ask you to give your seat especially when you are the closest and youngest one around. This gesture is considered as a sign of respect and those who do not give their seats are usually frowned upon.

RESPECT FOR THE CALL TO PRAYER

In Turkey, there are mosques everywhere since the majority of the population is Muslim. Five times a day, call to prayer is heard from the mosques nearby. This call to prayer is usually something to be respected. If you are sitting in a cafe where music is being played or hearing loud music playing somewhere else, you may come across some people turning the volume of the music down to show respect for the call to prayer. However, not everybody is as careful or sensitive about the subject so do not expect to see this behavior everywhere.

There are street sellers in Turkey who travel around with a truck full of vegetables or fruit. If a person wants to buy something, they use a basket with a rope tied on its handle. They simply let the rope loose out of the window. The seller puts the goods in the basket and the person pulls the basket back to the house. It is an interesting sight for many tourists.

Certain coffee houses in Turkey are strictly only for men. Usually, unemployed or retired men hang out in these coffee houses. They drink tea and play games such as backgammon or rummikub all day long while chatting and making friends. If you are a woman, be careful not go into these coffee houses by mistake as it would be seen inappropriate.

Turkish people can leave whatever they are doing to help someone who is in need. It could be as simple as giving directions to someone but they could change their mind and take you with them if they are going toward that direction as well. If you are hurt or injured, they immediately run to your help. If someone faints on the bus, the bus driver may completely change his route to drive you to the nearest hospital just to save their life. If they see a kid climbing to a window in an apartment building with no adult around, they do everything to catch the kid if he or she happens to fall. If someone’s purse is stolen, someone nearby will probably go after the snatcher to get it back. If a house or shop nearby is on fire, they try to help put it out or danger their lives to save someone trapped inside before the fire truck arrives. These are very simple yet good examples to show how the Turks care for each other and unite in the time of need.

Going hand in hand with helping each other, the Turks also love sharing. If they are eating something, they definitely offer to share the food with you. If they have cooked or baked something, they share it with their neighbors, thinking that they might have smelled it and craved it. They love paying for their friend’s coffee or food. They share their food with stray cats and dogs if there are any nearby. Restaurants usually give their extra food to the strays. You can always see cats and dogs roaming around the butcher shops because butchers always feed them.