TOP REASONS TO VISIT IZMIR
THE ANCIENT HISTORY
The main reason why many Turks and foreigners visit Izmir is its history dating back to antiquity. There are many remains found in Izmir from the oldest civilizations, giving us many clues about the history of the human race and their lives. The ancient cities such as Ephesus mesmerizes the visitors of Izmir. If you also want to learn more about the ancient civilizations, Izmir is the perfect place to witness the ancient history.
FOOD UNIQUE TO IZMIR
There are many foods unique to Izmir that you cannot eat their like anywhere in Turkey. Visiting Izmir is a great opportunity to discover new, delicious meals and learn more about the Turkish culture in western Turkey.
THE HISTORICAL IMPORTANCE OF IZMIR

Izmir is one of the oldest settlements in the Mediterranean. It was known as Smyrna in ancient times being founded by Greek colonists in 1 BCE. The city grew and gained importance over the years with many different civilizations and empires taking it over such as Lydians Greeks and Romans. In 2 CE, Symirna became one of the few important cities at the time. However, after the Byzantine Empire took over the city, it started to decline in its importance and growth. As a result, the Byzantine Empire started to be interested in Constantinople.

In 1076, Seljuk Turks conquered the city and used it for naval operations. After the city was lost to the Byzantine Empire, Turks took it over in the 14th century once more. The Ottomans captured the city for the first time in 1389 when sultan Bayezid I was the ruler of the empire. During the War of Ankara between Timur and the Ottomans, Timur attacked the city and massacred its population most of which were Christians. The city was completely lost and destroyed. In 1415, sultan Mehmet I took the city back.

The real growth of Izmir started in the 16th century. Cotton and many other products produced in Izmir attracted many foreign traders to the city, becoming an important trade center in the Ottoman Empire. The city continued to grow in the following centuries. At the end of World War I, the Ottoman Empire was defeated and the victors wanted to share parts of the Empire. In the hopes of capturing the city, a Greek army attacked Izmir in 1919 but they were defeated and forced to retreat in 1922. After the Greeks were defeated, a fire that lasted for a week destroyed most of the city and specifically Greek and Armenian neighborhoods while Muslim and Jewish neighborhoods managed to escape the fire. Even though the city had been through a lot of invasions and disasters, it managed to rebuild itself to its previous state. Today, Izmir is a metropolitan city and the third most populous city in Turkey. 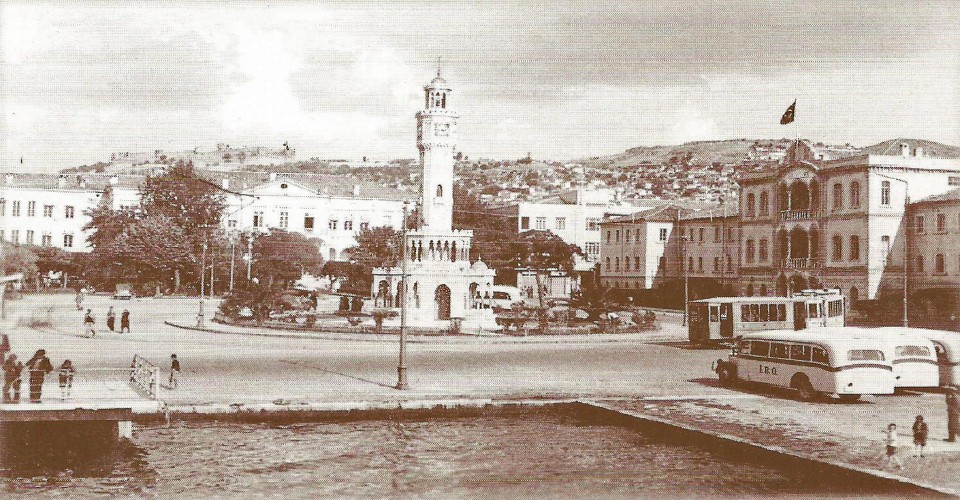 WHEN IS THE BEST TIME TO VISIT IZMIR?
Izmir is mostly visited during the summer season. Izmir has the Mediterranean climate around the year. Especially the spring months and September are great times to visit Izmir as it is not too hot but there is a soft breeze as well. During the Autumn, Izmir receives a lot of rainfall which is not ideal if you are planning to visit historical landmarks. Therefore, it would be a good idea to visit Izmir during summer but if you think it would be too hot, then try mid to late spring or early autumn to visit the city.
HOW TO REACH THE CITY CENTER FROM THE ADNAN MENDERES INTERNATIONAL AIRPORT

You can also get on the metro to reach anywhere in the city easily and fast. Alternatively, you can get on the bus numbered 202 to reach Konak district where most of the historical landmarks are located. The buses work 24 hours a day, allowing the visitor to travel even after midnight. In addition, you can take a taxi or rent a car. However, be careful when taking a taxi, make sure the vehicle is registered and use a mobile app to call a taxi in order to avoid being scammed.

In order to benefit from the public transportation services in Izmir, you need to buy “Izmirim” electronic card or Bilet35 for numbered trips. You can buy Izmirim card from certain stations such as Airport and Konak stations as well as Konak and Karşıyaka Ferry Terminals. You can get on the metro, tramway or buses to reach most of the city. Additionally, you can get on ferries and rent bikes depending on where you wish to go.