ANTALYA: A COMPREHENSIVE CITY GUIDE
ANCIENT RUINS
Antalya is one of the most unique and precious cities in Turkey due to the ancient ruins and historical landmarks as well as archeological artifacts found in the city. It is worth a visit to explore the ancient cities, theaters, as well as the natural beauties, located in Antalya.
PERFECT SUMMER AND THE SEA
Antalya is the vacation destination for many people including the Turks themselves. The Mediterranian Sea has very clean and beautiful water that everybody loves and enjoys. Therefore, if you want to spend your summer somewhere close to the sea and has historical importance, Antalya may be the best place to visit.
HISTORICAL IMPORTANCE OF ANTALYA

Antalya is thought to be founded by King Attalus II of Pergamon in 150 BCE. At the time, the city was named after the king as Attaleia. Due to the city’s location right beside the Mediterranean Sea, it was used as the naval base of Pergamon for the fleet of King Attalus. The city later on in 133 BCE, came under the rule of the Roman Empire. This was the high time of the city when it improved and prospered. Christian missionaries came to the city and Christianity started to spread in the first century CE.

Antalya was also an important city during the Byzantine Empire era, due to its closeness to the Mediterranean Sea. The city was a major naval port of the Byzantine Empire just like all the other empires came before them. Antalya was also a place where many people from different descents came together such as Jews, Armenians, Saracens as well as Italians. In 1118, Antalya was only accessible by sea due to being surrounded bu Turkish beyliks of the time. In 1207, Kaykhusraw who was the sultan of the Seljuk Turks took over the city. Antalya then became the capital of the Turkish beylik named Teke at the time. Later on, the Ottomans came and took over the city.

After the industrial revolution, there were factories opened in Antalya for spinning and weaving cotton. After the Turks immigrated from Balkans to the Anatolia, the population in Antalya grew. The economy of Antalya strictly remained centered on its ports. For a long time, Antalya was manufacturing and exporting flour, wheat, sesame seeds, timber, charcoal and livestock. At the end of World War I, Antalya was occupied by the Italians until 1923 when the Republic of Turkey was established. After the 1970s Antalya became a metropolitan city with the improvements made especially in terms of tourism. 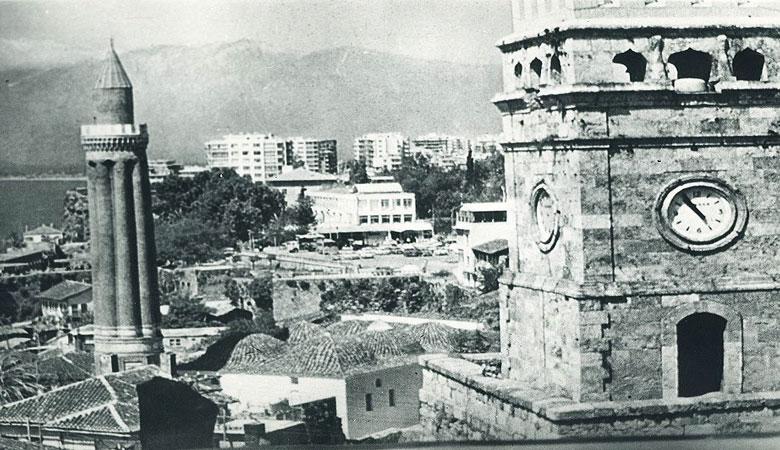 REACHING THE CITY CENTER FROM THE AIRPORTS

Antalya International Airport is only 12 kilometers away from the city center and it is quite fast and easy to reach it as there are many different ways you can choose from.

AntRay Tram is a tramway that reaches to the Antalya International Airport. Keep in mind that the tram line has two stops for the airport. One of the stops is for the domestic terminal while the other is for the international terminal. All you have to do is to get on a tram that travels to Fatih and get out at the İsmetpaşa stop which is the city center. 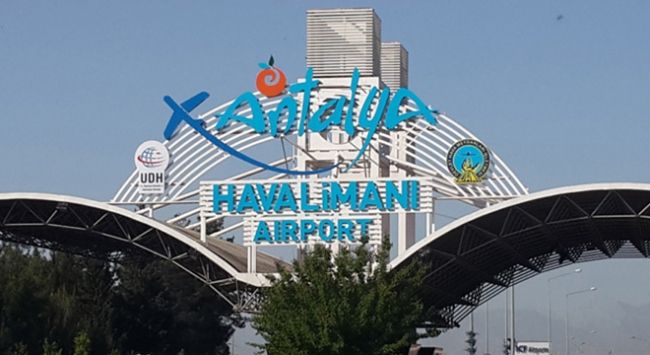 When it comes to traveling around the city of Antalya, there are a few public transportation options that you can choose from.

If you are staying near the Old Town, also known as Kaleiçi or you are planning to visit the area, the best option you have is to take the tram also known as AntRay. In order to benefit from the tram, you need to buy “TAM KART” first from a designated machine for only 5 TL. These machines only work with Turkish Lira.

In addition to the modern tramways, Antalya also has nostalgic, old trams. This nostalgic tram line runs about 5 kilometers and has 10 stations in total. The tram line is full of many landmarks that you might want to see, therefore it may be a good idea to follow the stops and explore the area if you have time.

ANTBIS is a smart bicycle system that allows you to travel around the city by bike. Along with the bike, you are given a map and a lock so that you know where to go and where the bike stops are. You can rent a bike by using your credit card.

If you are planning to visit Kemer, you can get on a sea bus and reach it in about an hour. The sea bus departs at certain hours during the day, therefore make sure to check them out if you want to use it.

Even though slower than other options, buses are the best public transportation option in Antalya because they provide access to most of the areas that you might want to visit. The only way for you to pay the bus fee is by using an Antlyakart.