Follow Us!
Winter Holiday Destinations of Turkey, From Skiing to Relaxing at the Thermal Lakes

Winter Holiday Destinations of Turkey, From Skiing to Relaxing at the Thermal Lakes 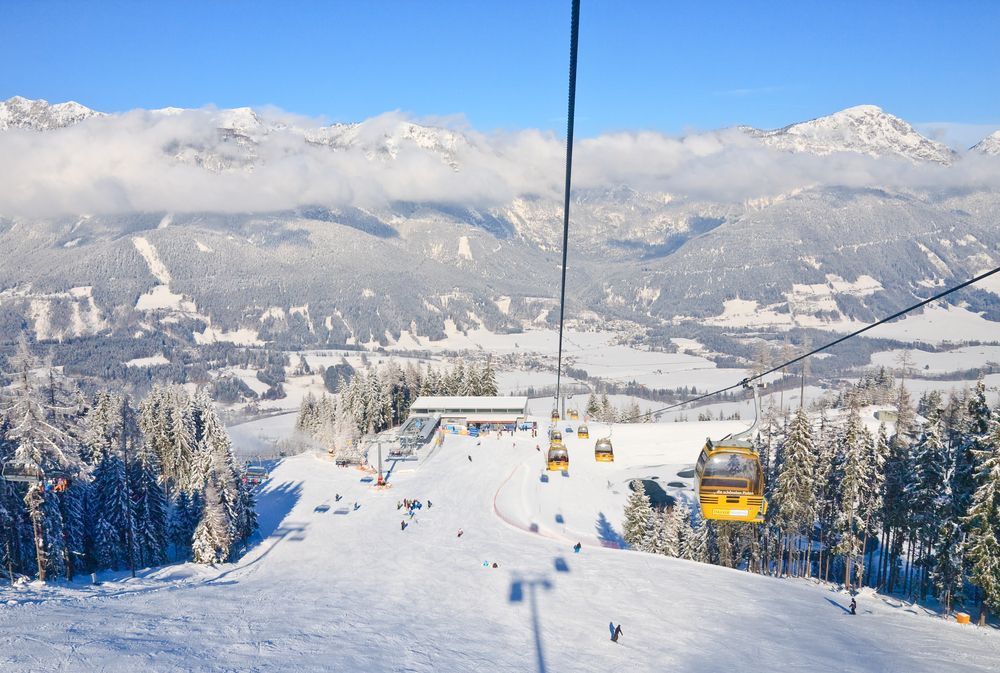 Based on the exchange rates alone, winter sports are observed to be more than affordable in Turkey than anywhere in the surrounding regions. On this connection point of Asia and Europe, visitors can enjoy all of the hospitality and history that Turkey has to offer on top of the snow and ice on its scenic beauty of a terrain. With more than THIRTY ski resorts to boast about, Turkey should definitely be in consideration for your next winter destination.

Turkey offers fantastic skiing and snowboarding opportunities at high altitudes with excellent snowfall throughout the historical Anatolia, where hobbyists will find themselves surrounded by mesmerizing terrains and alpine forests. Turkey’s top winter ski resorts can be found from the slopes of the Marmara region to Eastern Anatolia. From resorts for your family, to the extreme skiers, there is something for everyone. The Turkish winter tourism has made an excellent effort to remain ahead of the pack in convenience for all. With elevated skiing and cross country campaigns through some of the most beautiful landscapes in the world, and extreme sports like kite skiing and heli skiing at the top of its highest mountains, Turkey is ready to welcome you in comfort.

The city of Erzurum is home to some of the best ski slopes in two continents. This eastern province with a population of less than a million has hosted the 2011 ‘Winter Universiade’; an international event, organized for university athletes by the International University Sports Federation. The fantastic facilities built for the event, such as a brand new 3000 capacity ice rink has also welcomed the European Youth Olympic Winter Festival in 2017.

Erzurum is a haven for those who love the winter, with its mountains covered in thick snow most of the year-round as well as historical buildings inherited from various civilizations. Located on the ancient route for Silk Road, Erzurum holds an important place in the history of the Republic as a city where critical decisions were made during the critical times of the Turkish Independence War.

This ancient historical province is all about the snow in the winter and always plans a great season that runs from November to up until June! The region's famous mountain Palandöken sits on the edges of the city center and is perhaps the most well known for reaching the dizzy heights of 3.2 km. The main resort at the top of the mountain is quite popular on a global scale because of how steep it is towards the ground. The most challenging route for the thrill-seekers is on the backside of the mountain known as Büyük Ejder or, ‘The Great Dragon’. 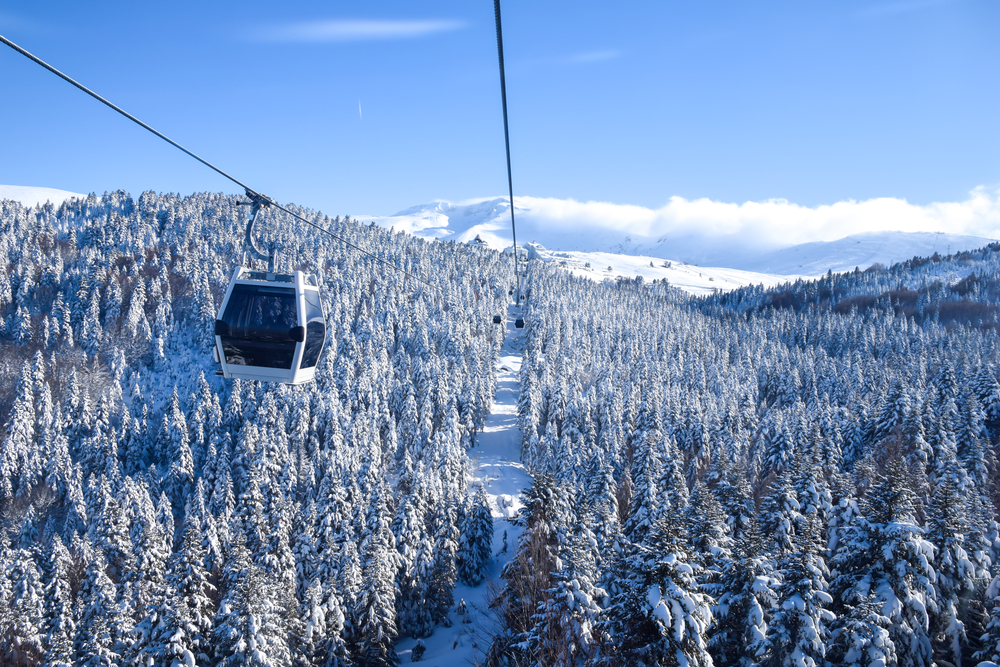 A province of the Eastern Anatolia that sits closer to the central Turkey, Erzincan's Ergan Mountain Ski Resort has one of the longest ski tracks in the country while offering snow rafting as one of its main draws. While its naturally smooth tracks gather snowboarding enthusiasts from around the world, they also provide the perfect environment for downhill adventures.

Mount Erciyes of Kayseri, the highest mountain in central Anatolia, is one of the most rapidly growing ski resorts in Turkey, and organizers have set the aggressive goal of raising its popularity across the winter community by welcoming major global events. This fabulous grand resort has become prominently known as a leading force in the world’s snow-kiting community. The extreme sport has become popular for tying the enthusiasts with ropes while wearing a snow kite, so that they can replicate flying on the snow. The mountain Erciyes hosts the International Snow Kite Festival each year, with an ever-growing fan base.

With its close proximity to Istanbul and the city of Bursa, the Uludağ Ski Centre has become THE winter tourism center in Turkey. A mountain 63 km away from the district, Uludağ is an international spot for ski lovers and every other winter competition. With the height of 2.543 m and professional ski resorts, this mountain is the definitive choice of families during winter break.

The province's main ski center tracks are about 20km long, perfect for the casual winter activities. During the height of winter, snow can reach depths of up to 3m. Being just a short flight or drive from Istanbul, Uludağ is the most popular resort in Turkey and attracts a large number of city dwellers from the Marmara region who enjoy short breaks in the snow. With over twenty tracks available and an entertainment area, Uludağ has made a name for itself as the perfect all-inclusive ski holiday resort. 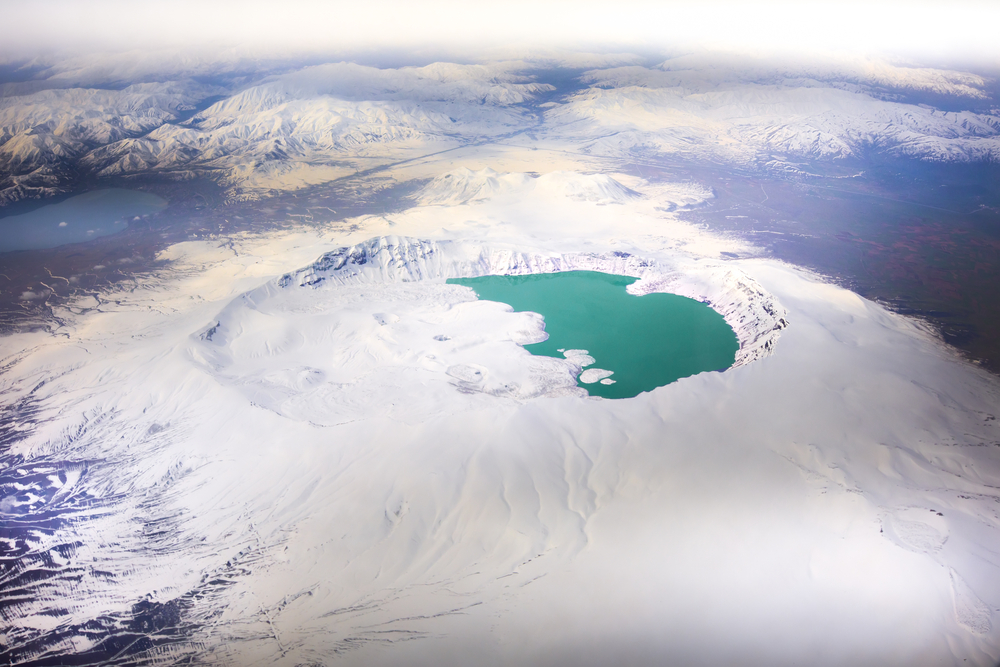 Just car ride reach from the city of Kars on the eastern border of Turkey with Georgia and Armenia, the district Sarıkamış is famous for its ‘crystal snow’ which is a global phenomenon rarely occurring anywhere and creates the perfect skiing conditions. The Sarıkamış Ski Resort is perfect for any level of winter fan as the center is divided into two stages, for beginners and the other for the skilled hobbyists.

While the tracks are perfect for all, the real snow treat can be found at the Cıbıltepe Ski Resort which is settled at the lower stages. The scenery around Cıbıltepe is like a painting, with scotch pine forests and a view of pure white snow covering the region under a blanket of itself.

Horse pulled sleighs are given to the guests for scenic enjoyment as well as being used for transportation and freight transport around the resort. While some enjoy their usage as a means of getting around the resort, the rides have become an attraction on their own.

Sapanca, Located on the western corners of the province that touches the Black Sea from the Marmara Region, Sapanca is famous for its thermal lakes. Due to its closeness to Istanbul and Anatolia, it is possible to find ruins from Byzantine Empires, as well as an arch rumored to be designed by the famous architect Mimar Sinan. The lakes located in this district are all hot water, and generally used as a treatment for muscle pain, and relaxation after a busy work week.

Kartepe, the second-highest mountain in the Marmara region with a height of 1603 meters, is located near Sapanca. The easiest way to climb Kartepe is from the district itself, and this route caused a spur of mountain sports in the area. ATV riding, hiking, and trekking are frequent activities by the locals. Due to the thick forests of the region, there is plenty of wildlife in the area, which helped hunting to develop as the district’s hobby.

Whether you prefer to stay on skis, surf the snow, or to try something a little more adrenalin required, there is a resort in Turkey waiting for you to take advantage of the major snowfall. People generally associate Turkey with the sunshine, warm weather by the beaches, that it is easy to forget the fact this wonderful country has many adventures to offer all year round.

With mountain ranges comparable to Europe's famous ones such as the Switz Alps, Turkey has it all, for much less at the cost. With safety in mind and stunning facilities decorated with the latest technology and comfort, the winter resorts are up there in popularity with the summer seaside holiday destinations.